At first, only very wealthy people could afford to buy tulips, so it was considered high-class to have tulips in your garden. The flamed and striped kinds were especially favored. So what happened then? Prices for tulip bulbs went through the roof!

Many people thought this was a great way to become rich overnight. They took their chances and sometimes even sold all their possessions to buy a single flower bulb. Actually, this wasn’t even a bulb but a piece of paper stating that you were the owner of a tulip bulb. You didn’t even get to see the flower bulb itself because it was planted somewhere in the ground. And sometimes, there wasn’t a flower bulb at all because what you wanted to do with the piece of paper you bought was to sell it to somebody else – at a huge profit, of course. That was why you had bought it in the first place. People were paying ridiculously high prices for tulip bulbs.

An amount equal to $ 1,800 for a single flower bulb was not at all uncommon. Rare flower bulbs sometimes commanded a price equal to $ 6,000 in today’s money! This strange trade was called “tulip mania” but it was short-lived.

It lasted only from 1634 to 1637 when the government put an end to it. During this brief time, some people became fabulously rich. Others were less fortunate and lost everything they owned.

Those were strange times but they generated a huge interest in bulbs, even in other countries where people love them to this very day. But it was several years before flower bulbs were grown in many gardens. They remained expensive until around a hundred years ago. Even then, however, flower bulbs remained something special for many more years to come. Today, all that has changed.

Flower bulbs are no longer expensive and not unusual either. What’s more, they are widely available. That’s why you see them now in almost every garden. 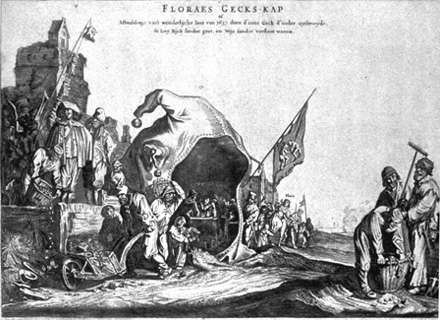